The French company that iRobot Corp. bought in October posted profits of $23 million on revenue of $151.5 million during 2016, according to a Friday filing with the U.S. Securities and Exchange Commission.

Massachusetts-based iRobot (Nasdaq: IRBT) reported the financials in an amendment to October filings related to its acquisition of Robopolis SAS. iRobot bought Robopolis, its largest European distributor, for $141 million.

Robopolis’ financials reveal a healthy growth trend. In 2015, it posted a profit of $16.4 million on revenue of $123.8 million, the filing shows.

iRobot is best known for its Roomba home vacuum cleaner. It has sold more than 20 million of the devices since launching them in 2002. The Robopolis deal was first announced last July. The French company represented nearly half of iRobot’s 2016 revenue in Europe, the Middle East and Africa.

“As iRobot expands globally, we are excited about the current and future opportunities in Europe,” CEO Colin Angle said in October.

The company increased it focus on consumer products with the divestiture of its defense and security business in 2016. However, shares have slumped 24 percent during the last six months as investors react to competition from SharkNinja Operating LLC. The company that is also based in suburban Boston markets an ION Robot that cleans floors and carpets and recharges automatically at a comparable price to the Roomba.

BOSTON – One of the oldest lenders in the nation had a hand in developing technology intended to enable banks to win back the small business loan market from alternative lenders. 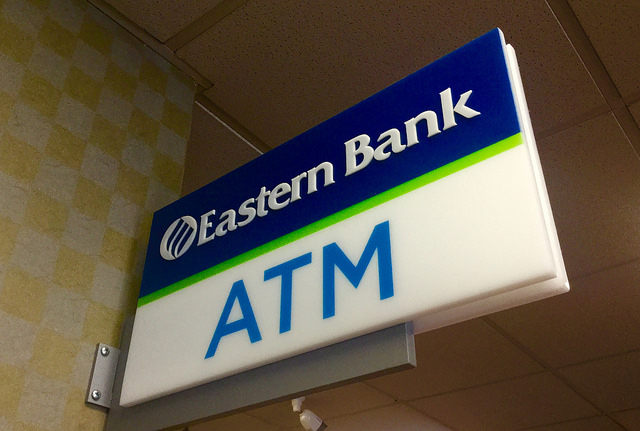 A tech incubator at Boston-based Eastern Bank, founded in 1818, has spun off Numerated Growth Technologies Inc., a startup that developed an online platform designed to identify and contact small businesses eligible for loans of up to $100,000.

Numerated Growth, which was founded in March, developed its tech in Eastern Labs and has generated about $100 million of volume since 2015. The model, which features real-time approval, is based on the tact banks first took with pre-approved credit cards in the 1990s, Numerated CEO Dan O’Malley told deBanked.

“We’re just taking the same rules and applying them here,” he said. “And by the way, that’s what customers want.”

The merchant cash advance industry has gone mainstream so quickly that it has become more difficult to identify potential customers.

Market saturation and industry consolidation have caused the cost of sales leads to increase sharply. Yet a New York business loan broker is finding success by applying lead generation and online marketing strategies to merchant cash advance, or MCA, while expanding the number of services he offers prospects. Funding is just the foot in the door.

Philip Smith, founder and CEO of PJP Marketing Inc., told deBanked the MCA industry’s acceptance has made it more difficult for sales lead generators to produce profits. But expanding the number of services that independent sales organizations (ISOs) offer can offset the contraction. Smith’s life as a stay-at-home-dad, was recently featured in Innovate Long Island, a regional newspaper.

An early innovator of the merchant cash advance industry has re-emerged on the business scene in very different new venture focused on a mobile shopping.

Meir Hurwitz, co-founder of Pearl Capital, the MCA company acquired in 2015 by Capital Z Partners Management LLC for as much as an estimated $60 million, is now the chief visionary officer of ScreenShop. The New York startup markets an app designed to enable users to shop for a specific item by uploading a screenshot of the item to the app.

Working on a mobile app is a longer shot than MCA and it doesn’t always pay off, but Hurwitz said Thursday he’s enjoyed learning the business after two years off and visiting 62 countries since selling Pearl Capital.

Matthew Guruge wanted more than money. The co-founder and CEO of Awato LLC, a career-counseling firm, was looking for investors for his New Ipswich-based business. Ultimately, he chose a syndicate of five angel investors who could provide key introductions and expert advice in addition to $300,000 in funding.

“We were really interested in getting people who could help us,” Guruge says of his now seven-person startup. “For us, [raising capital] was easy and fast. We were hoping to find mentors who could help the company grow and help us grow as entrepreneurs.”

Startups like Awato have more choices than ever for raising investment capital, but that doesn’t mean it’s easy to find the right funding match or partners.

Enterprise architecture is slowly establishing itself in colleges and universities as information technology matures and becomes a more integral part of business, industry experts say.

The number of US colleges offering enterprise architecture programs continues to grow with schools such as Penn State University and Carnegie Mellon University. The popularity of EA programs is being driven by a need for greater alignment between the goals of the technology side and those of the larger business or organization, said Rosalie Ocker, director of Penn State’s Center for Enterprise Architecture.

Course enrollees are typically technologists “looking to understand the business better and to work with the business side of their organization,” she said. “Tech people and business people have to work together, and EA should span their areas. That’s what we try to do.”

It’s taking venture capitalists longer to cash out of startups, causing firms to invest more in their own portfolio companies than in new deals, data shows.
The increased use of so-called inside rounds, in which no new investors join in a private equity funding, not only means less capital for entrepreneurs seeking first-time funding, but also means tech startups are having a harder time determining a current valuation because a company’s valuation is often recalibrated as new investors join an investment round.
Experts say a vicious circle is being created as a result: An accurate valuation is critical in making a merger or acquisition deal happen, but with no new investors, most potential acquirers are taking a harder line on what a potential acquisition is truly worth — and that is slowing M&A deals, industry experts say.

Entrepreneur Jeff Vyduna launched his Cambridge company, PollEverywhere Inc., in April. But he realizes that the odds are against him finding a local investor and remaining in New England.
The three-person company developed an application designed for organizations to gather feedback through text messaging. But Vyduna, who dropped out of the MIT Sloan School of Management to found PollEverywhere with a $20,000 investment from micro venture capital firm Y Combinator, said he’s not expecting local investors to back his business.
That means a move to Silicon Valley, where angel investors are aplenty and the interest is stronger in pre-revenue, consumer-focused startups, which is Y Combinator’s sweet spot. Indeed, only one local VC firm has invested in any of Y Combinator’s 102 companies.

Virtualization technology has made its way to servers, applications and desktop computers.

Next week, a Westford-based tech company plans to fire up operations for a product that would flip-flop the conventional virtualization model with software that replicates the components of a laptop within the laptop itself.
Old Road Computing Corp. plans to publicly launch as Virtual Computer Inc., but the company isn’t revealing many specifics about its virtualization product, nor when it will be released.
The software would be designed to isolate a laptop’s four major components — hardware, operating system, applications and user data — and create versions on the laptop of those components that operate remotely, without a network connection, said CEO Dan McCall, who previously founded Guardent Inc., a Waltham-based security services firm.

With a business model that is about upscale, off-price and online, a Boston-based retailing company that started by selling off-price merchandise has expanded to high-end, invitation-only boutique sales, an approach to e-commerce that first caught on in Europe.
Retail Convergence Inc., backed with a $25 million funding round that closed in April, launched RueLaLa.com, a website that operates two- or three-day private sales for boutique stores. The high-end e-commerce business is the second website that Retail Convergence has launched as part of a plan that eventually calls for several such sites, CEO Ben Fischman said.
The RueLaLa business model is similar to one employed by France-based Vente-Privee.com, a 7-year-old company in which Boston-based Summit Partners has a 20 percent ownership stake. But it’s also a business model that is attracting many web-based imitators, mostly in Europe where off-brand stores such as Marshalls or Filene’s Basement are uncommon.